SYNOPSIS Maria Veleda proved to be an evidence, a “clue”strong enough not to be ignored, triggering the actions and the improvisations that lead to the performance structure, the starting point and  main inspiration for the creation of this work as a personal solution answering her questions via art, as much as we are able to, as well as the silent witness within our process of achieving it.  (…) 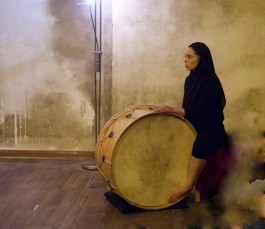 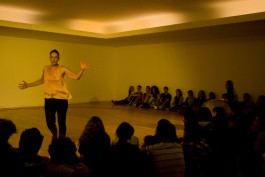 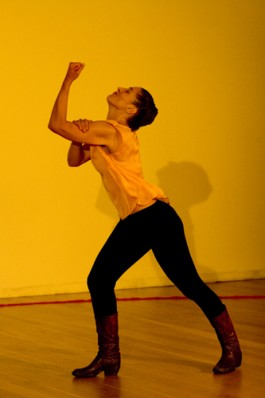 For her uncompromising journey, often conditioning her life into material poverty, in the latter days to almost destitution and misery, a fact that should weigh heavily on us all.

For the multiple and complex meanings of her historical presence, from the political struggle stamped in ever growing radical options in the aim of individual freedom, to the specificity of her dedication to  esoterism in parallel with her positions, far advanced and highly dissonant with the trend of her time, in what regards the condition of women, the nature and meaning of family,  the how and why of interpersonal relationships .

By the clarity with which she analyzed and reflected upon the effective results of the Republic for which she fought, after it´s implementation, and so realized the burdens of suffering and joy that  one  creates and one indeed pays when in the present tense standing for the dream of making the world more human.

By the way in which her critic was relentlessly focused on the tools of dehumanization manifesting in the logic of power and of the abstractions that support it, the revolution that is turned stagnant taking the form of dead  institutions who no longer become in the circulation of  the living, but merely immobilize and constraint the concrete existence of what they were supposed to promote.

The particularity of her chosen pseudonym "Veleda" (a Völvur, a Vala ") and how this fits in oddity with her first name" Maria "from the outset an implication that only in  synthesis is to be discovered: the archetype of the mother of Christianity (of the Christ) intertwined with a prophetess warrior bred in violence and rebellion against the Roman Empire.

By the phonetic and subjective associations that her name soon awoke, a hill steeped in velvet, a velvet which can burn as fuel and ignite these mirrors of memory, desire, and factual realities that nourished, and who knows  if yet nourish, the republics: pregnant vehicles of utopia.

The route started from spirals, suspensions, to trace the path of a fracture. A organic beat, ever present, demanding need of emergency, metamorphosis, action and spirit, contamination, irony, sarcasm. A statement that will never stop and will never be finished.